Narrow gorges and crevices, overgrown with moss and lichen, huge rock towers, mighty stone blocks with bizarre weathering forms - a wild, original landscape we went to explore near Ernzen, close to the border of Luxembourg. 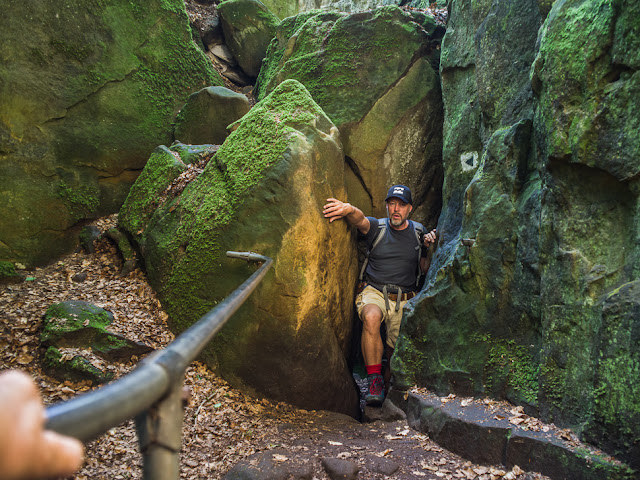 Our tour led us through the Devils Gorge down to the river Prum and up to another part of the rock formations and finally back to our parking. (For Germany I'm using again a Rother online guide, this time its the anniversary guide with 100 tours in all parts of Germany.) 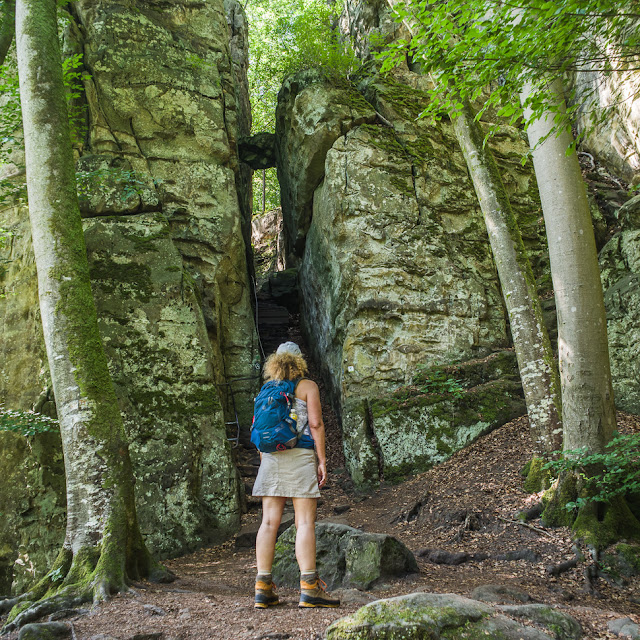 Towards the end of the last ice age - around 12,000 years ago - the alternation of frost and thaw periods led to huge rock falls on the edge of the plateau which was once the bed of the sea. At that time, a large block of sandstone tipped out of the plateau wall and opened a crevasse that is 28 meters deep today. 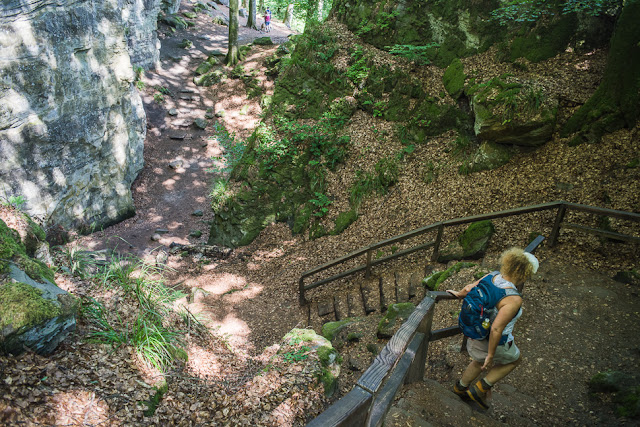 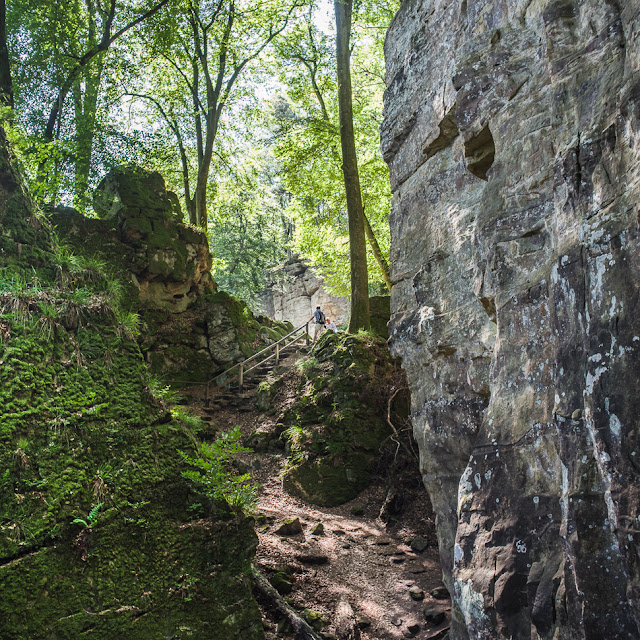 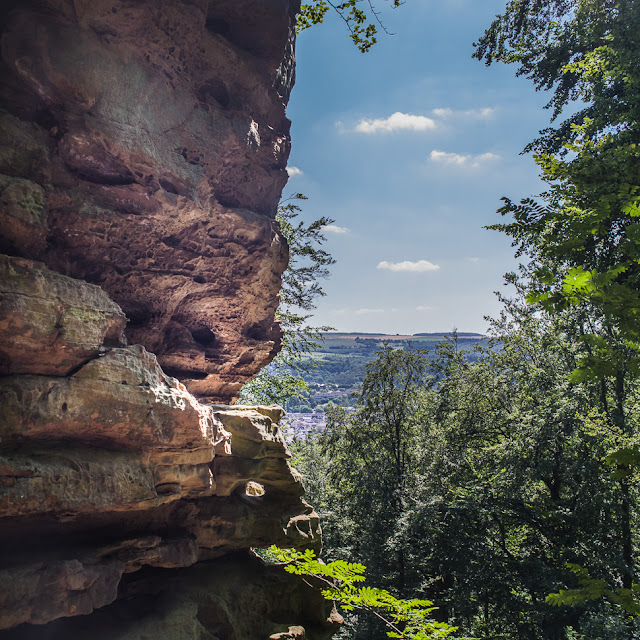 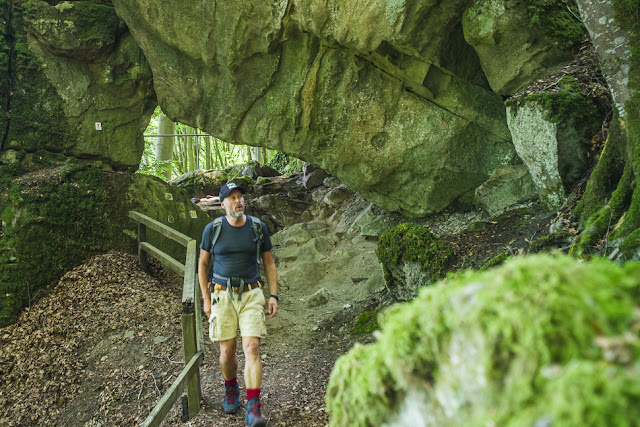 The fascinating rock formations seemed endless, we walked past and through rocks formed by erosion and decorated by green vegetation of many different forms. 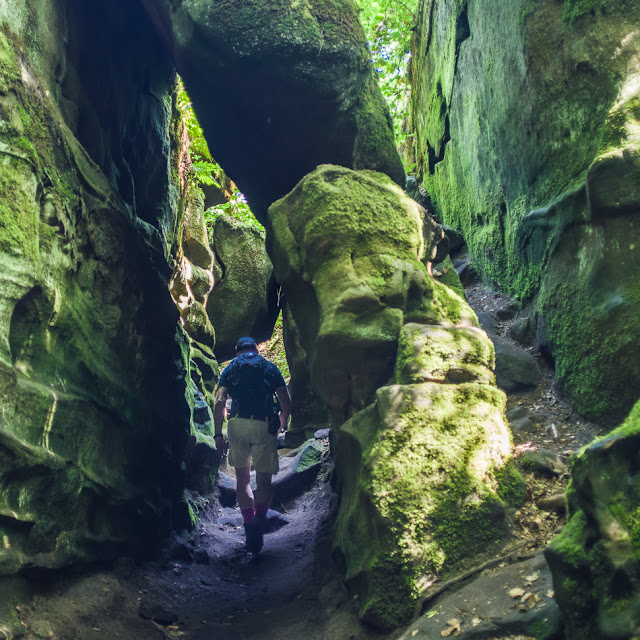 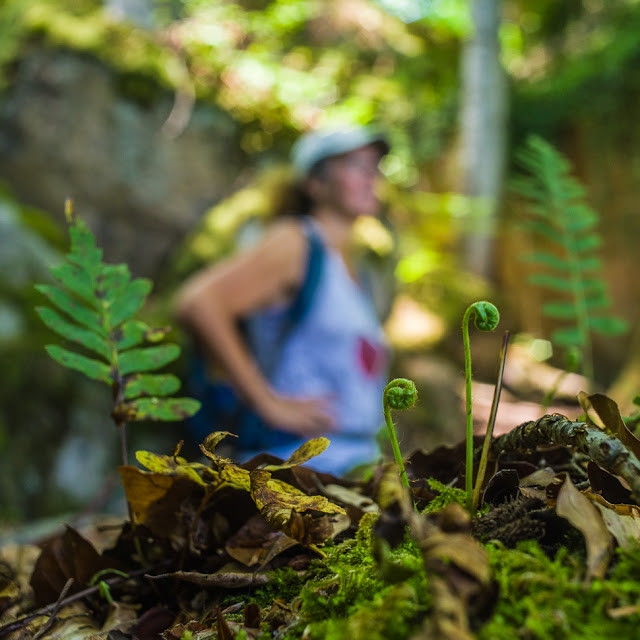