Today we visited the Castle of Eltz - one of the most spectacular medieval castles in Germany, very well known and a favourite with photographers too. 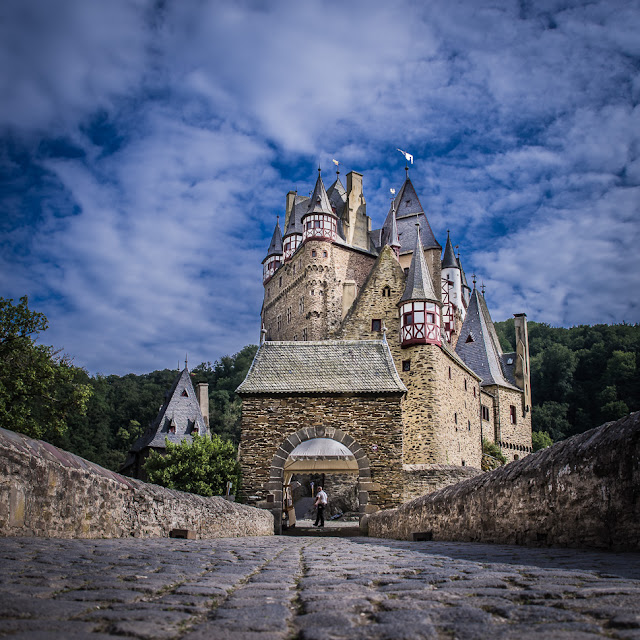 We parked at a hill to the south of the castle, where we could also stay overnight with the caravan. From here a circular route leads you to the castle and back on another route which gives you a view of the castle from every angle. (50.198596, 7.339004) 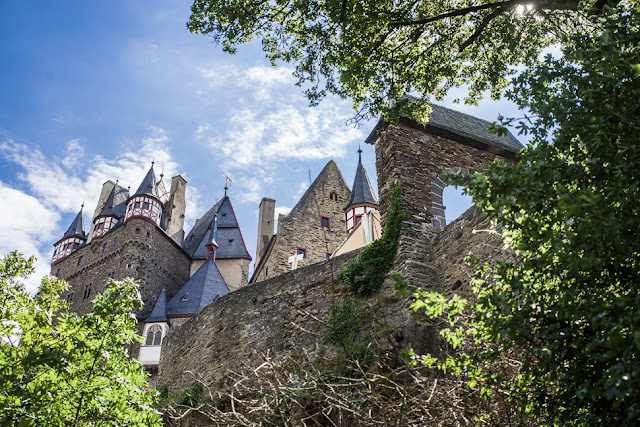 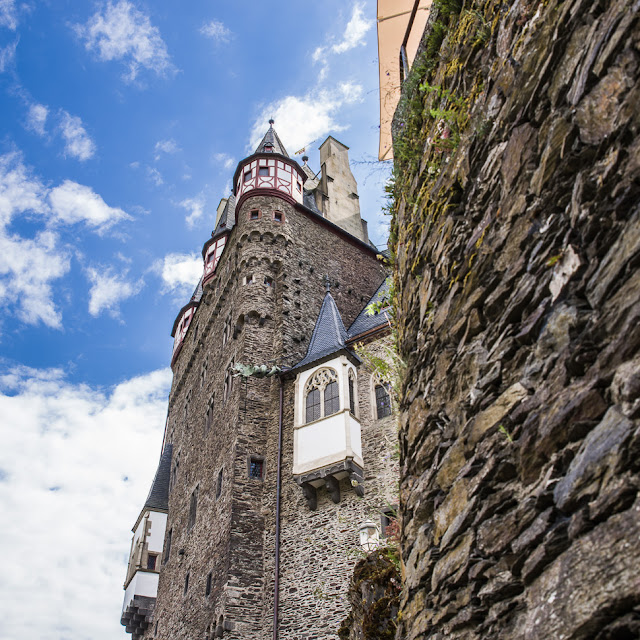 Eltz Castle was built at the beginning of the 12th century on a trade route between the Moselland and the fertile Maifeld on an elliptical rock spur up to 70 meters high where the river Elz flows around the castle on three sides. 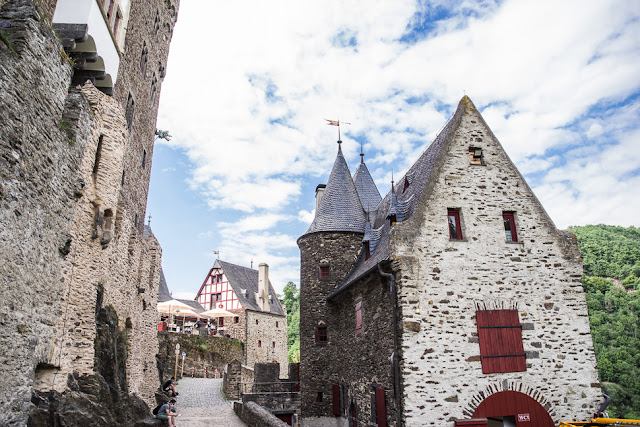 Besides the beauty of this castle there are a couple of facts which make it special.
For example, the castle is still owned by a branch of the same family (the Eltz family) that lived there in the 12th century, 33 generations ago!

The castle is a so-called Ganerbenburg, a castle divided into several parts, which belong to different  branches of a family. The division of the Lords of Eltz happened before 1268 when the castle and the associated goods were divided between the three brothers Elias, Wilhelm and Theoderich belonging now to 3 families:

The main part of the castle consists of three separate buildings, one for each family. They are up to eight stories high and fortified with strong exterior walls. About 100 members of the 3 families lived once in the over 100 rooms of the castle. At a special meeting room the leaders of the families came together to discuss collective issues. 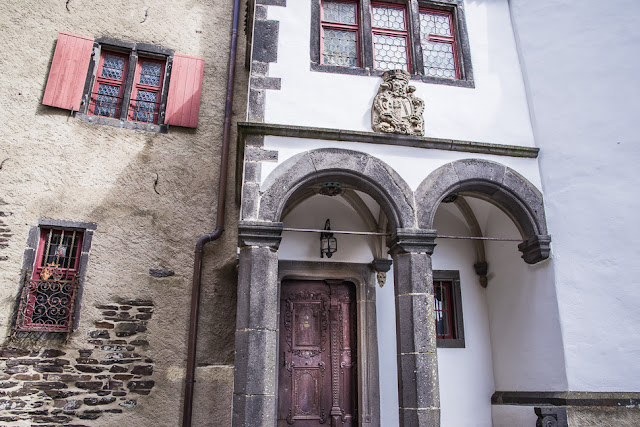 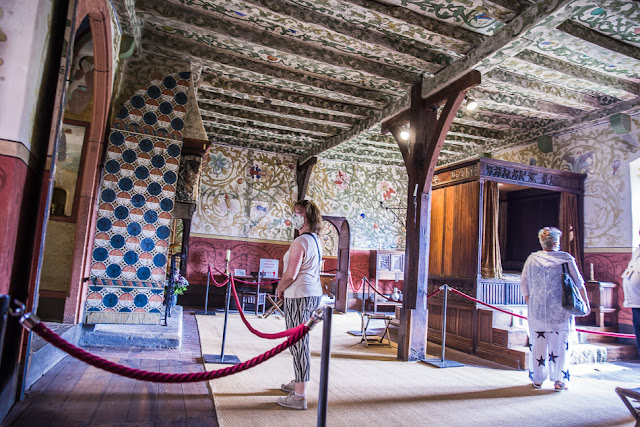 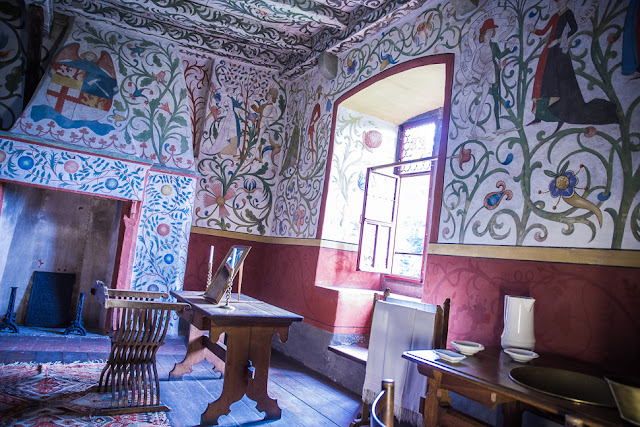 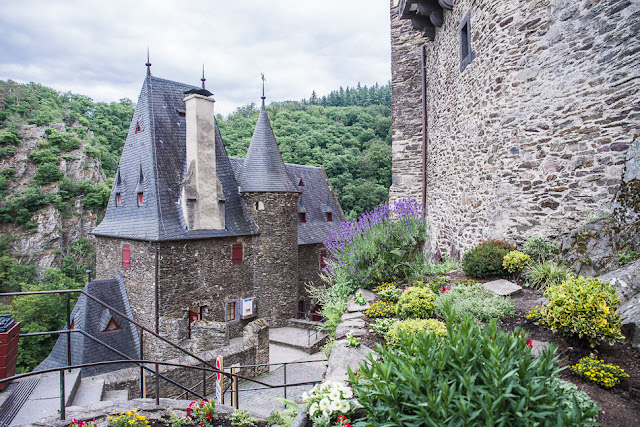 During the Eltz Feud, the lords of Eltzer, together with other free imperial knights, opposed the territorial policy of the Archbishop and Elector Balduin von Trier. The Eltz Castle was put under siege and was bombarded with catapults by the Archbishop. A small siege castle, Trutzeltz Castle, was built on a rocky outcrop on the hillside above the castle, which can still be seen today. The siege lasted for two years, but ended only when the free imperial knights had given up their imperial freedom. Balduin reinstated the Eltz family again as burgrave, but only as his subjects and no longer as free knights. 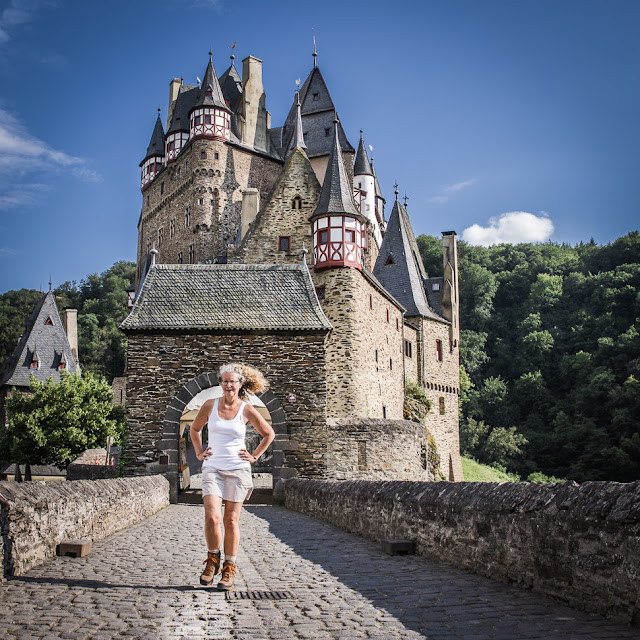 When the visiting time is over, it is photo time! People go there to make special pictures with the castle of Eltz as background. 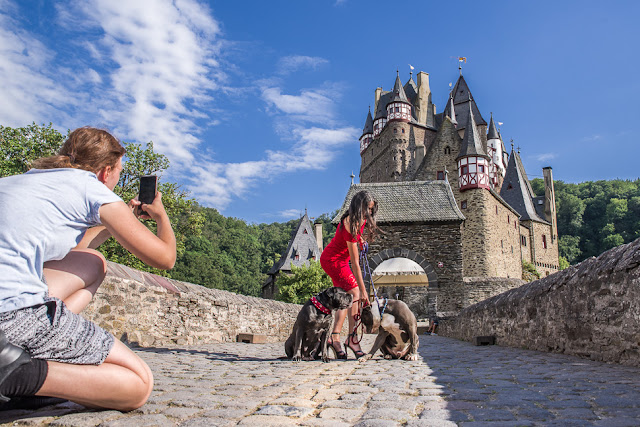 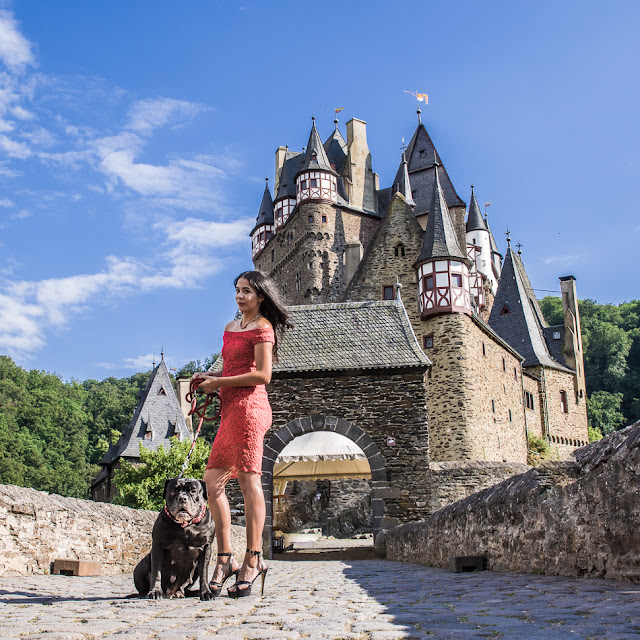