Today's destination was one of the Top 100 in Germany, the Geierlay suspension bridge, once the longest in Germany, nowadays titled to be the most beautiful one. 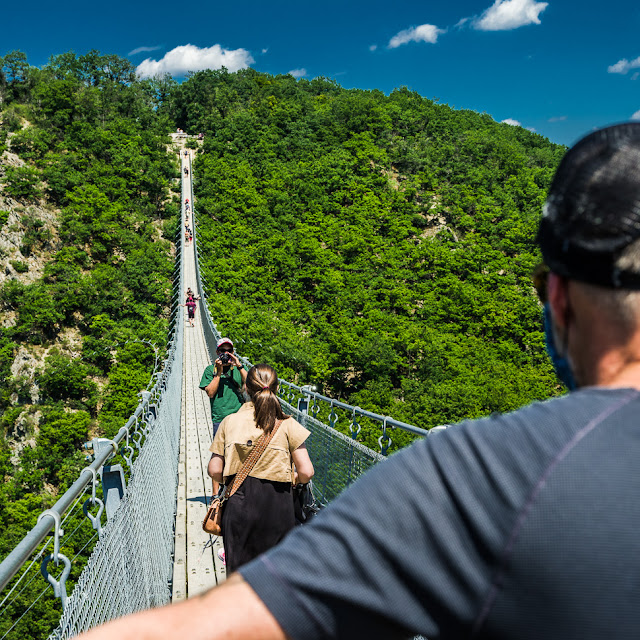 The Geierlay suspension bridge in the low mountain range of the Hunsrück was opened in 2015. It has a span range of 360 metres and is up to 100 metres above ground. A little stream named Mörsdorfer Bach runs through the valley below the bridge. 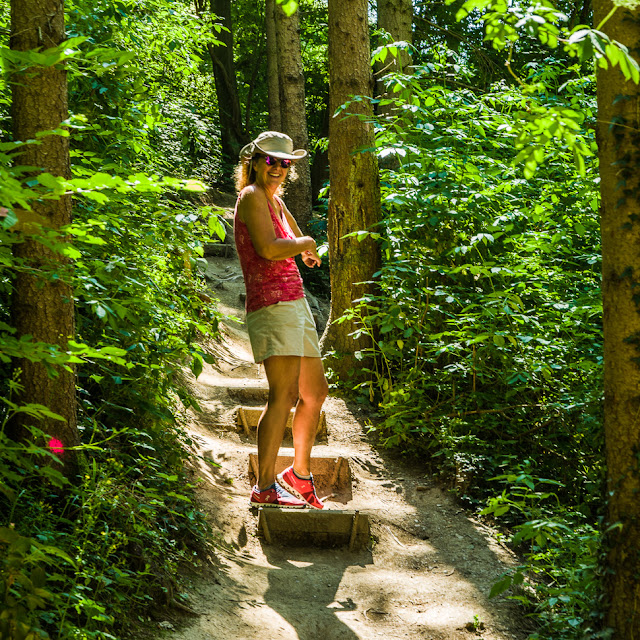 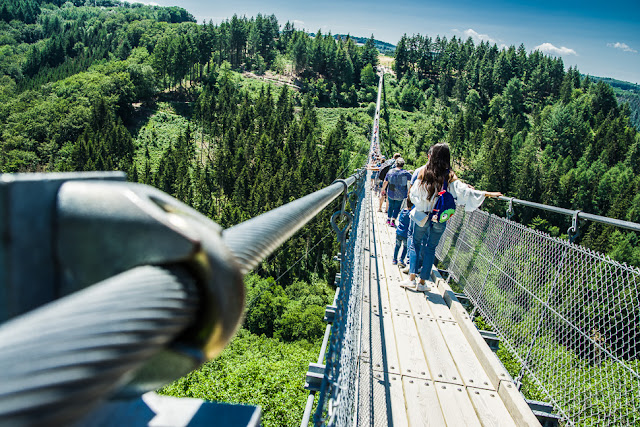 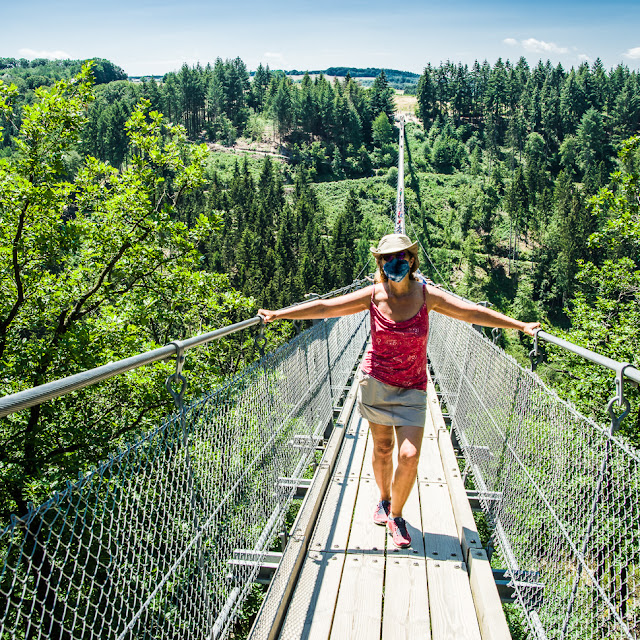 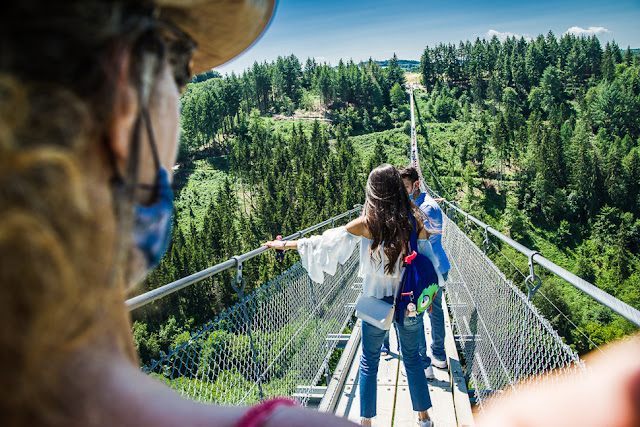 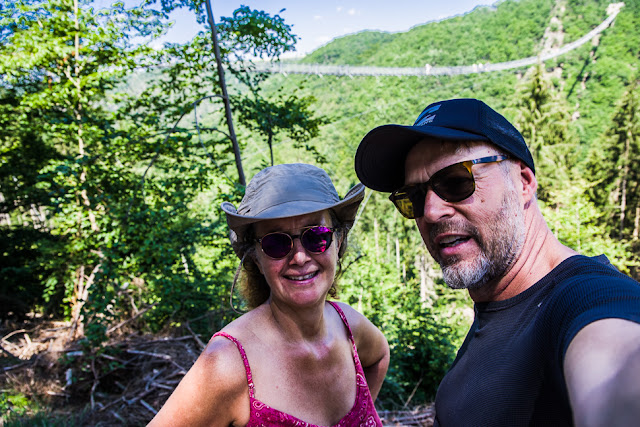 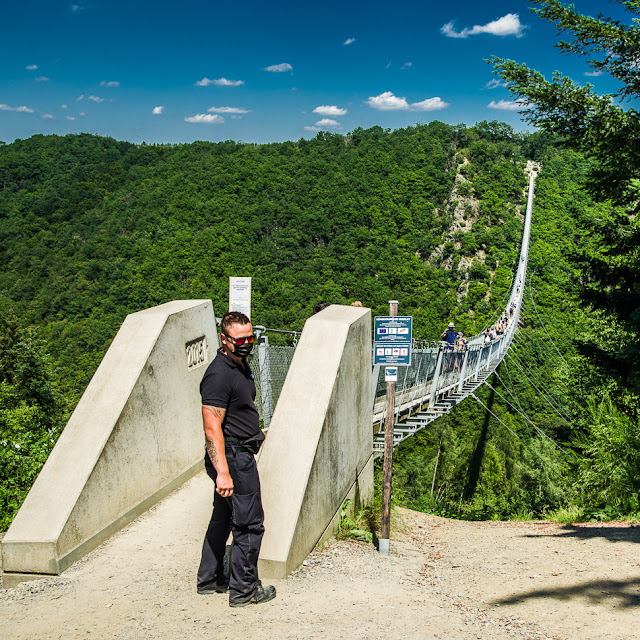 At the moment there is a one way regulation installed. One hour you are allowed to walk in one direction, the next hour in the opposite direction, hence the fierce security guards ;-) 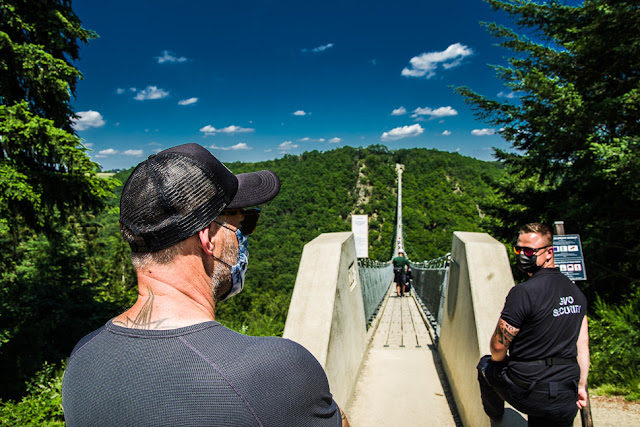 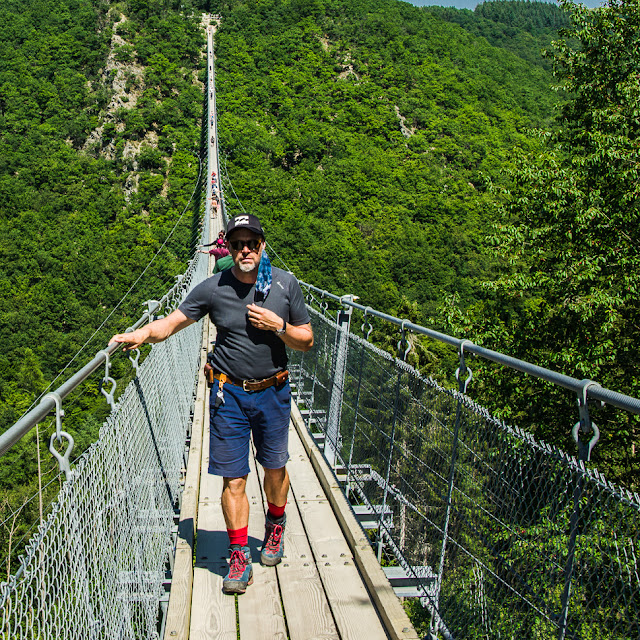