Heidelberg lies at the river Neckar shortly before it flows into the Rhein. The town is very well known for its university and dominated by the ruins of the castle. 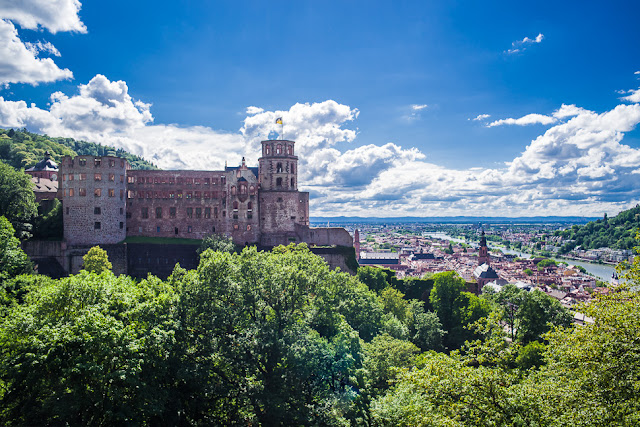 We had parked near the castle and walked from there through the park into the centre. Due to the opening hours we visited the castle itself the next day, after we had spent a very quiet night at the empty parking. 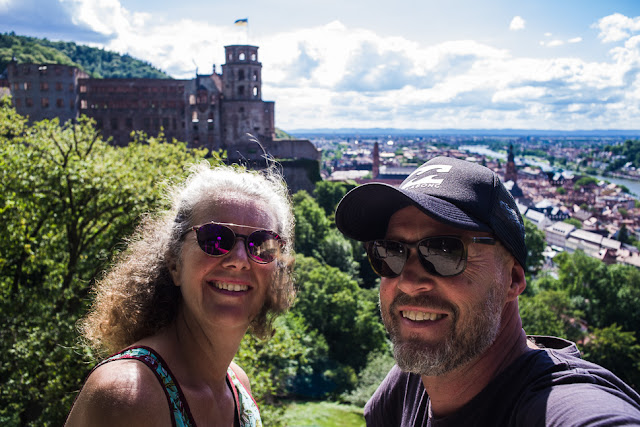 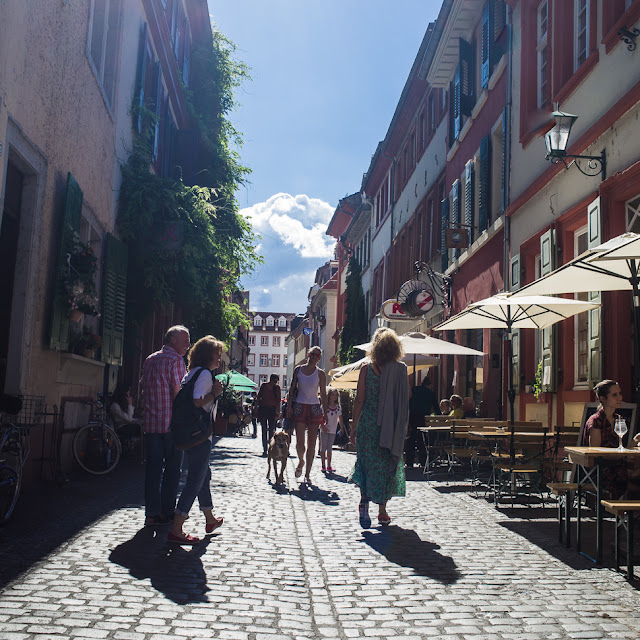 After numerous wooden bridges had been destroyed by floods and ice, a stone bridge was built of the reddish sandstone in 1788. The medieval bridge gate next to it was part of the historic town wall, just its Baroque tower helmets were added as part of the erection of the new stone bridge. 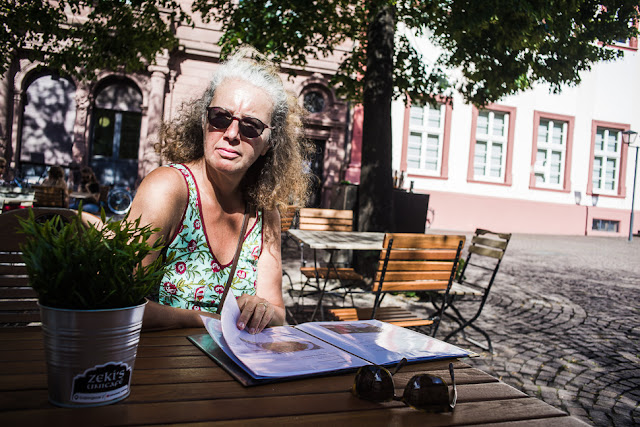 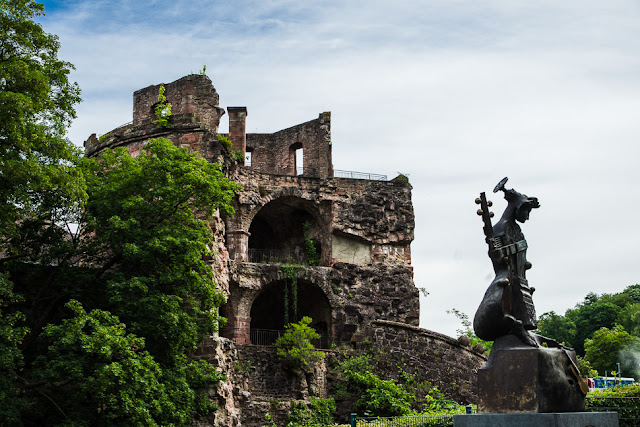 Such solid walls didn't prevent the Castle of Heidelberg from being destroyed. After the destruction by the soldiers of Louis XIV in 1689 and the demolition by French pioneers on September 6, 1693, the castle has only been partially restored. After lightning had set fire to the partially renovated facility in 1764, the restoration was abandoned. Later the ruins were romantically admired. 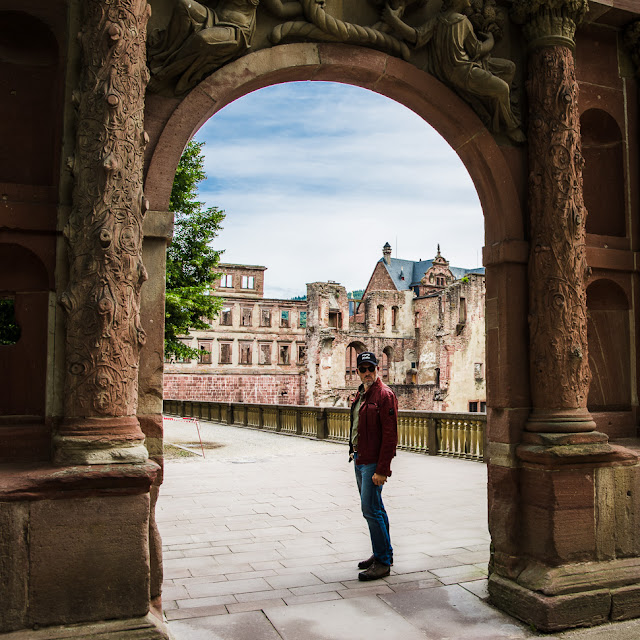 Frederick IV, Elector Palatine of the Rhine, built a new wing to the castle with him and his ancestors decorating the facade. 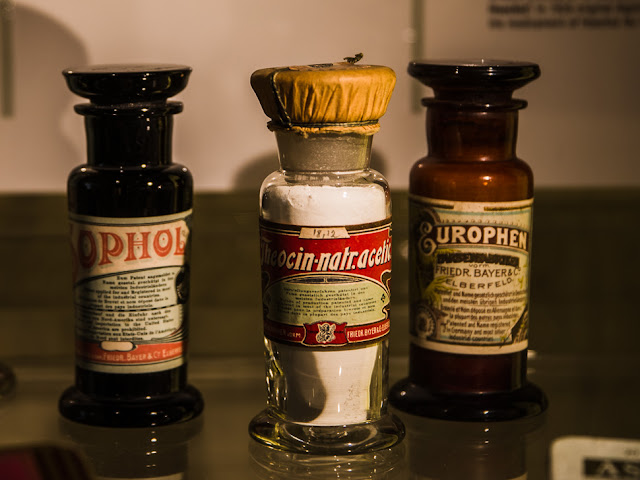 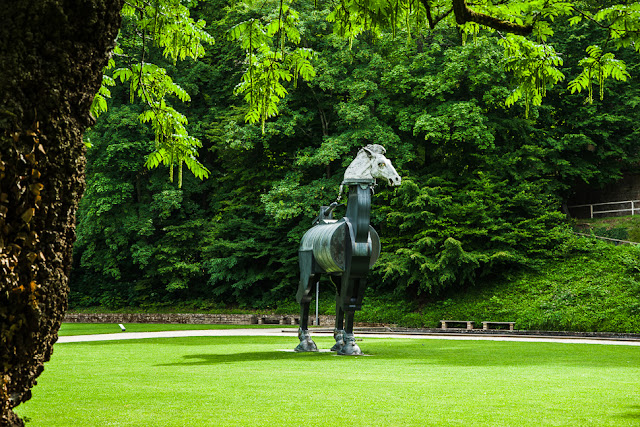 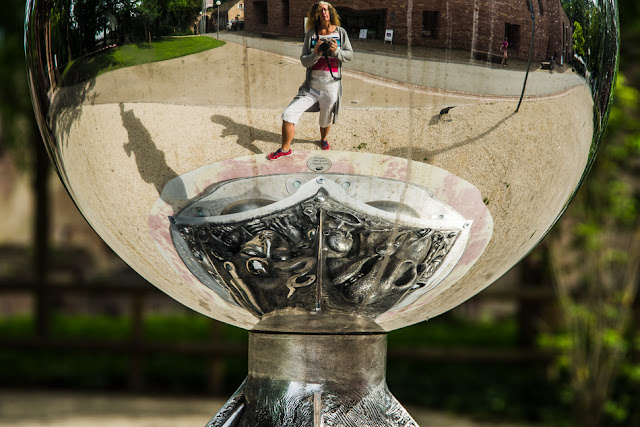