We hike at the National Park "Bayerischer Wald" 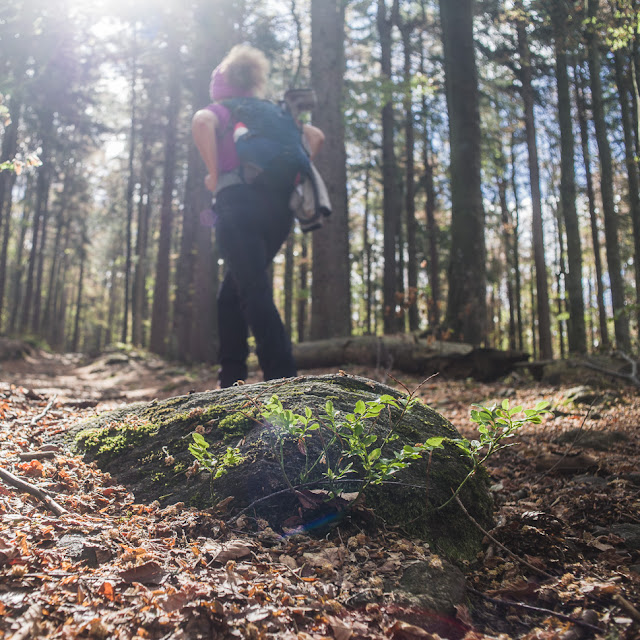 In the eastern part of the mountains, Germany's first national park was established in 1970. It was expanded in 1997 and, together with the Bohemian Forest National Park (Sumava National Park) in the Czech Republic, it is one of the largest protected areas in Europe.  Since then nothing has been done to interfere with nature. The forest has simply been left to its own devices. Dead wood is not removed and nothing is done against pests, like the bark beetle, which killed a vast area of spruce wood during the 90ies. 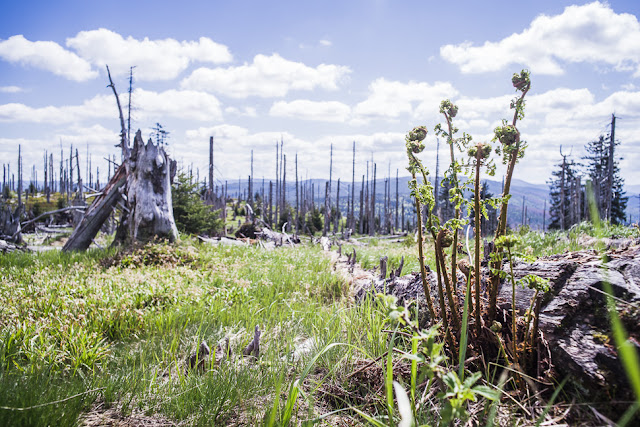 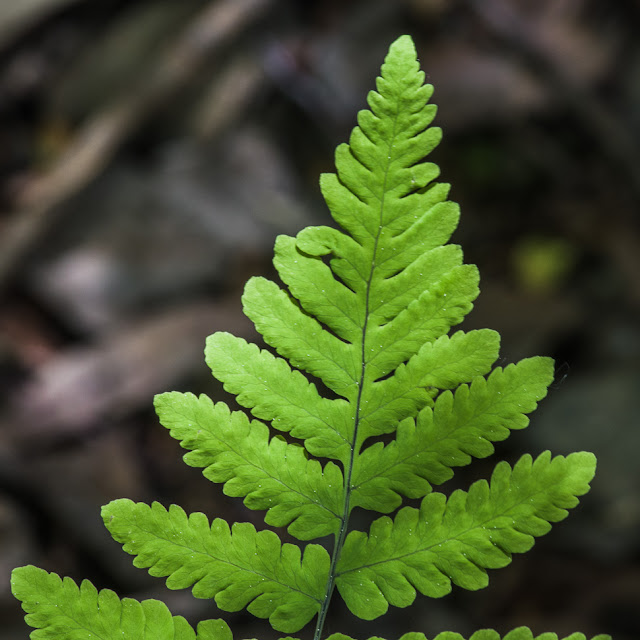 The forest presents an eerie picture. Giant trees lie on the ground, along with broken branches. Those still standing are broken in half, rotting wood as far as the eye can see. But beneath the trunks of fallen trees, young spruce have already started building a new forest in these areas cleared by the spruce bark beetle.

It is expected that the new mixed forest will be far superior to the old spruce wood that it replaces. The former spruce forest was manmade, tended for hundreds of years by the foresters. Now there is a new generation of trees of different ages and mixed, like a mosaic. It hopefully will be more resistant to the bark beetles. 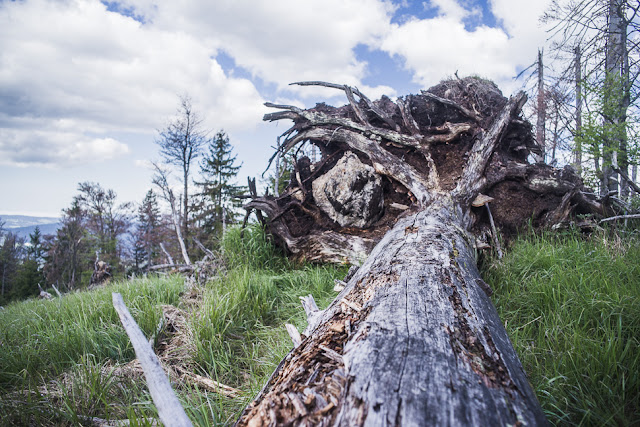 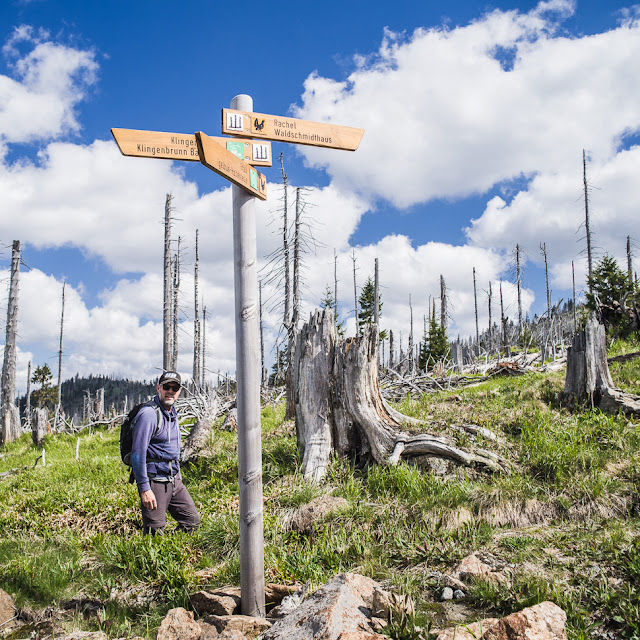 We started our hike at the park & ride in Spiegelau, from where buses take you into the National Park to Gfäll. From here we walked north along the mountain before we took a route up in direction to the Rachel summit. On the other side we descended to the Rachel lake and further to the Racheldiensthütte, from where another bus took us back to the P&R. The walk over the mountain took us about 4,5 hours. 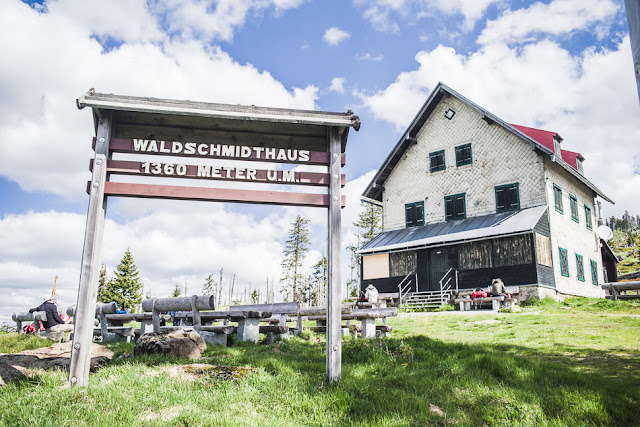 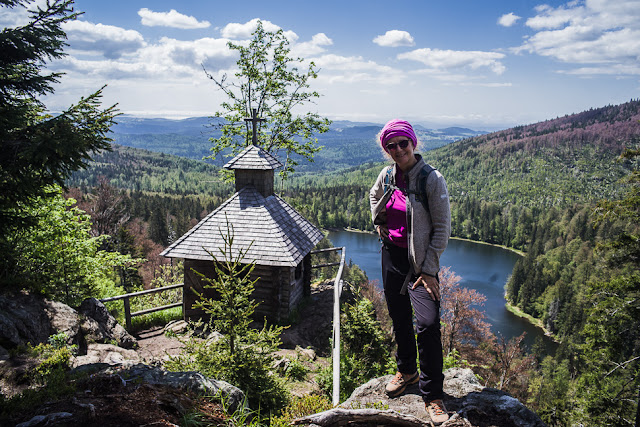 This little chapel, located on a rocky outcrop 142 meters above Lake Rachel, dates back to an original building from 1885. A great spot with fantastic views. 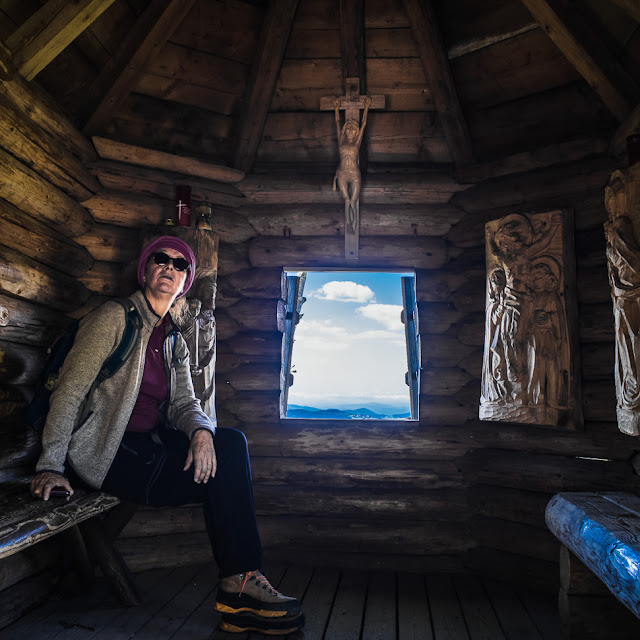 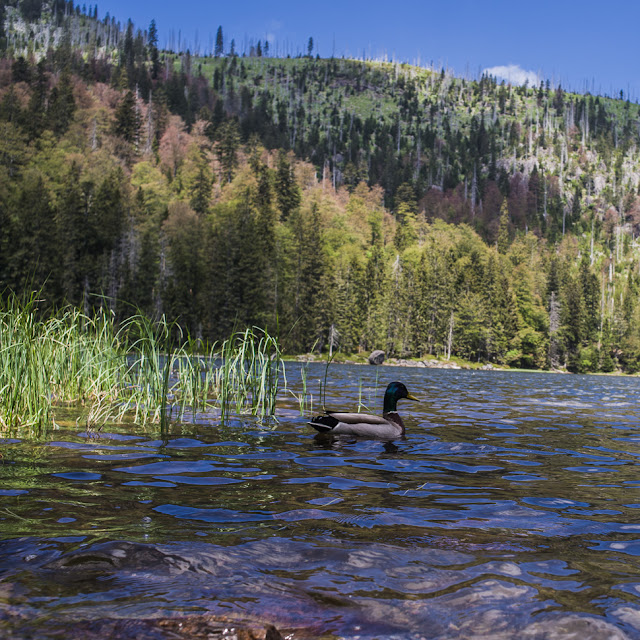